The Quirimbas National Park was established in 2002. Its 7500 km2 area of which 80% is made up of islands, was recently designated a UNESCO biosphere reserve. Its rich and varied environment includes crystal clear waters, coastal forest, miombo woodland, mangrove forest, islands made of coral and vast sand flats. It hosts a stunning variety of plants and wildlife.

Among the 11 islands that make up the marine element of the park, six (Ibo, Matemo, Quisiva, Quilalea, Quirambo and Quirimba) have a long tradition of permanent human occupation, while the others (Quipaco, Mefundvo, Sencar, Fion and Rolas Island) are mostly uninhabited, with the occasional seasonal fisherman taking up residence.
These islands, along with 21 others, form  the Quirimbas Archipelago. Stretching from Pemba to the Tanzanian border, the archipelago is  a chain of almost 400 km of coral reef. 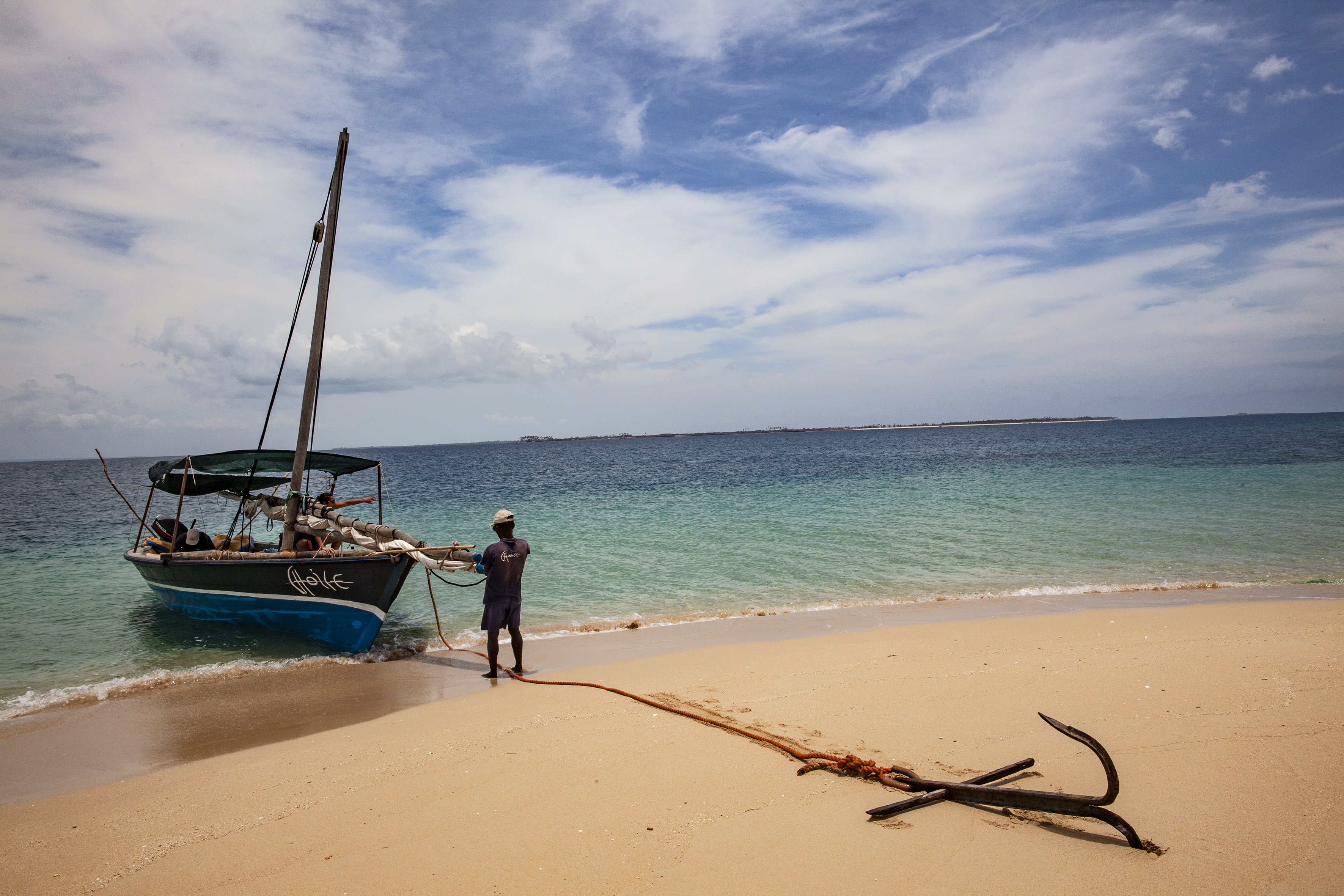 Wildlife in the park

The Quirimbas National Park is home to 160 species of animals, some of whom are on the Red List of Threatened Species, so it is vital that the park is maintained to help guarantee the survival of its wildlife and its future protection. 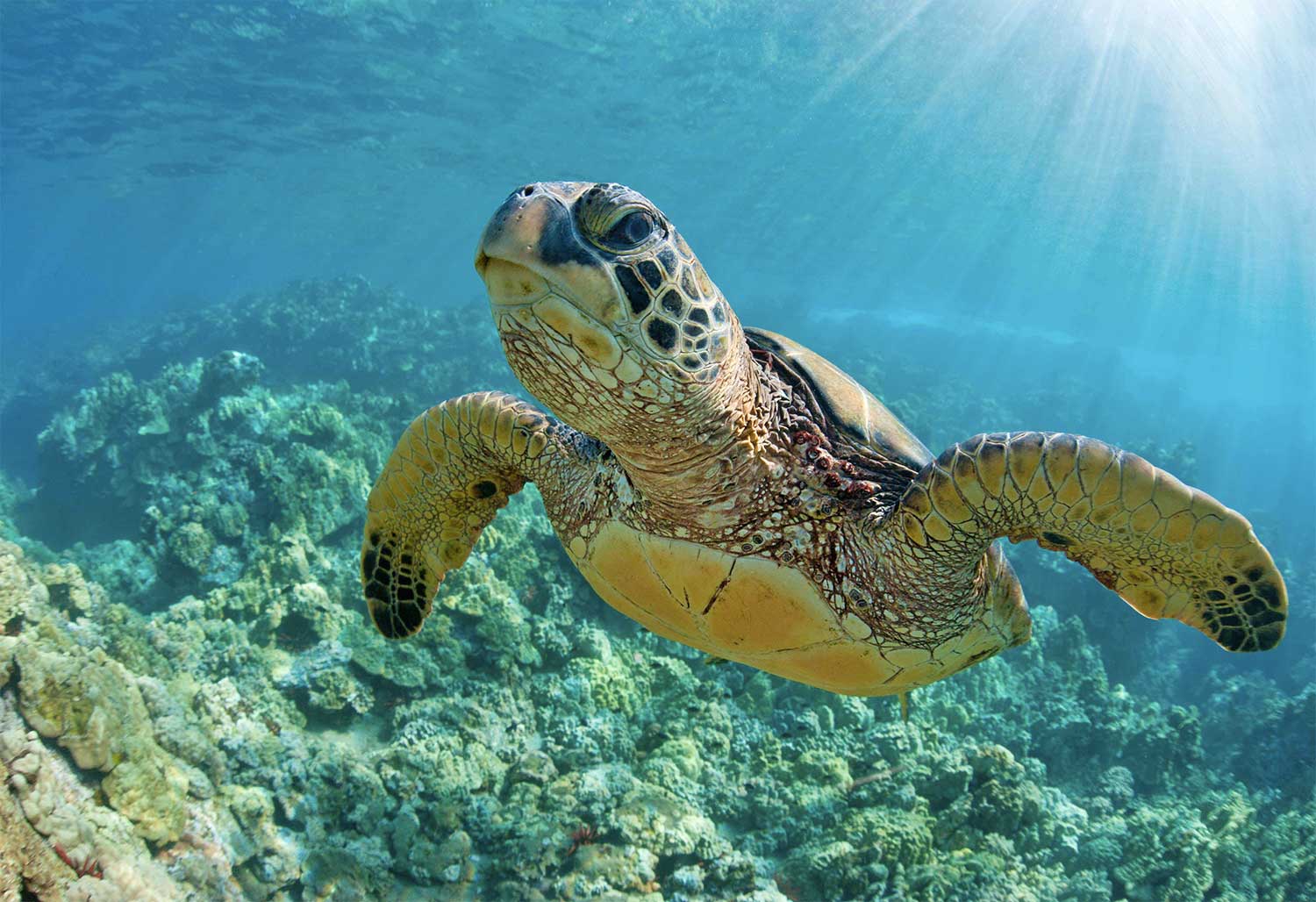 In the water you can find sea turtles, 4 species of dolphin, 3 whale species including the migratory humpback whale, over 160 species of coral, 6 species of mangrove, and 350 species of fish.

On the land there are more than 430 species of birds including osprey, plovers and yellow-billed storks, and a variety of wild animals, including elephants, lions, leopards and crocodiles. 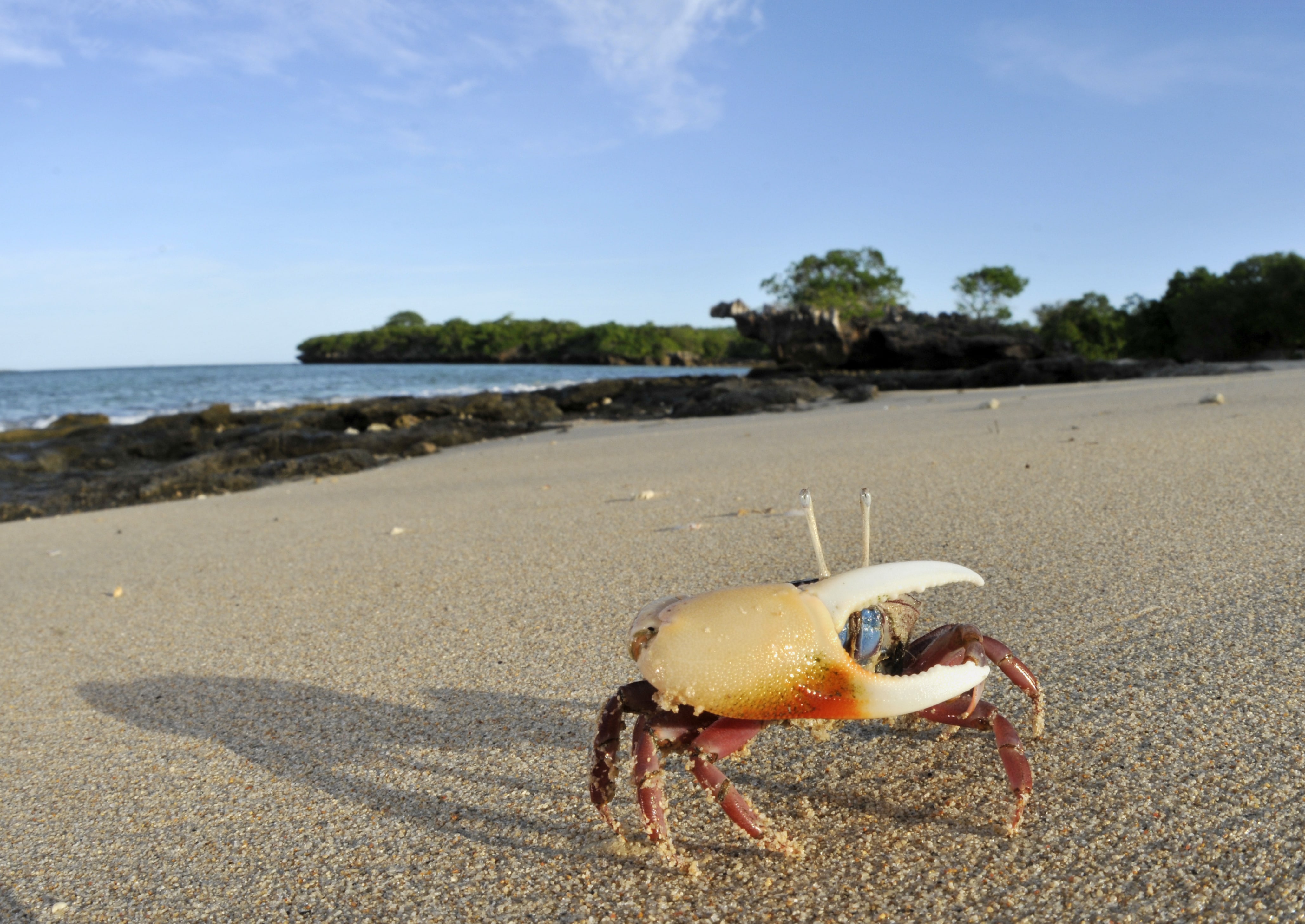 The people of the Quirimbas

Almost 120,000 people live within the boundaries of the Quirimbas National Park, spread across 103 villages, many of which line the coast of the mainland or the main road that borders the park to the West. Whilst those who live on the coast and islands rely on fishing for their livelihoods, others who are scattered across small settlements on the mainland subside on small family farms based on traditional agricultural practice. 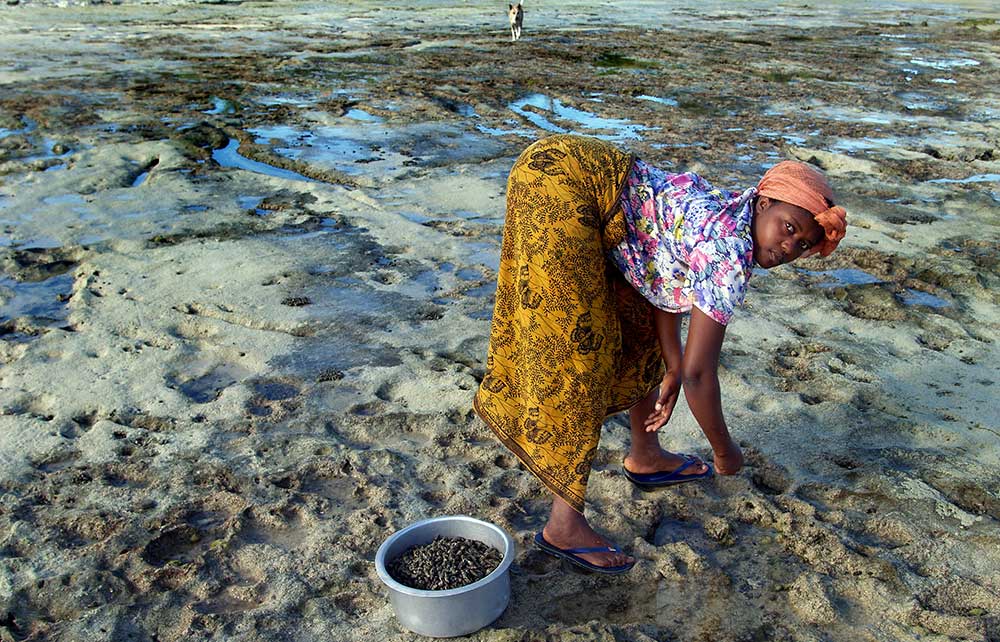 Threats to the park and its inhabitants

The park’s ecosystems are fragile, with a number of species and habitats under threat as pressure on resources grows.

Specific threats that the park authority is working to manage include harpoon fishing on the coral reefs, illegal trade in sea turtles and the destruction of their nesting habitats, and over-use of mangroves for firewood and construction.

Today, the majority of Ibo’s households survive through subsistence livelihood strategies that revolve around fishing, farming and micro-enterprises, which are also threatened with the depletion of natural resources. 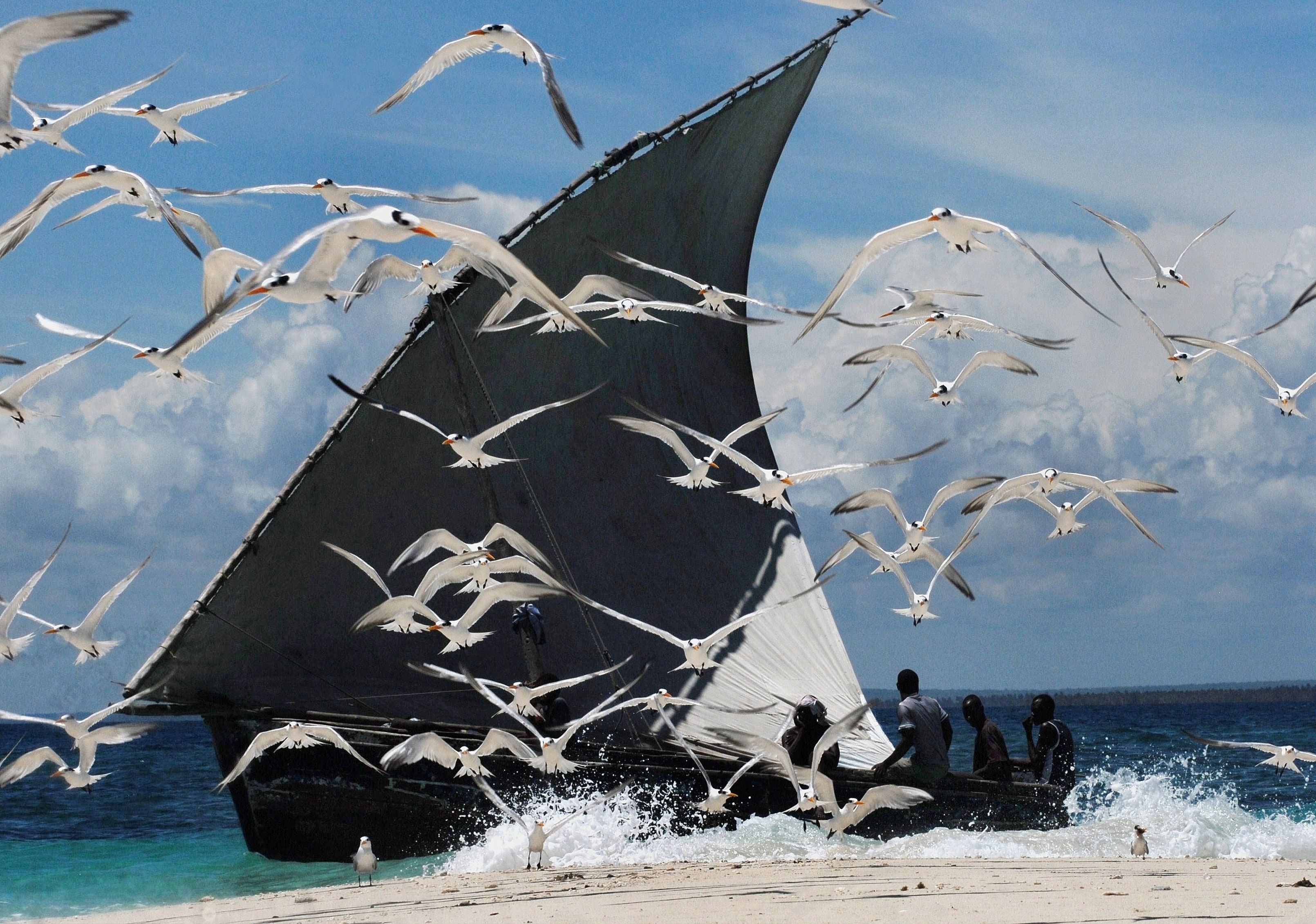 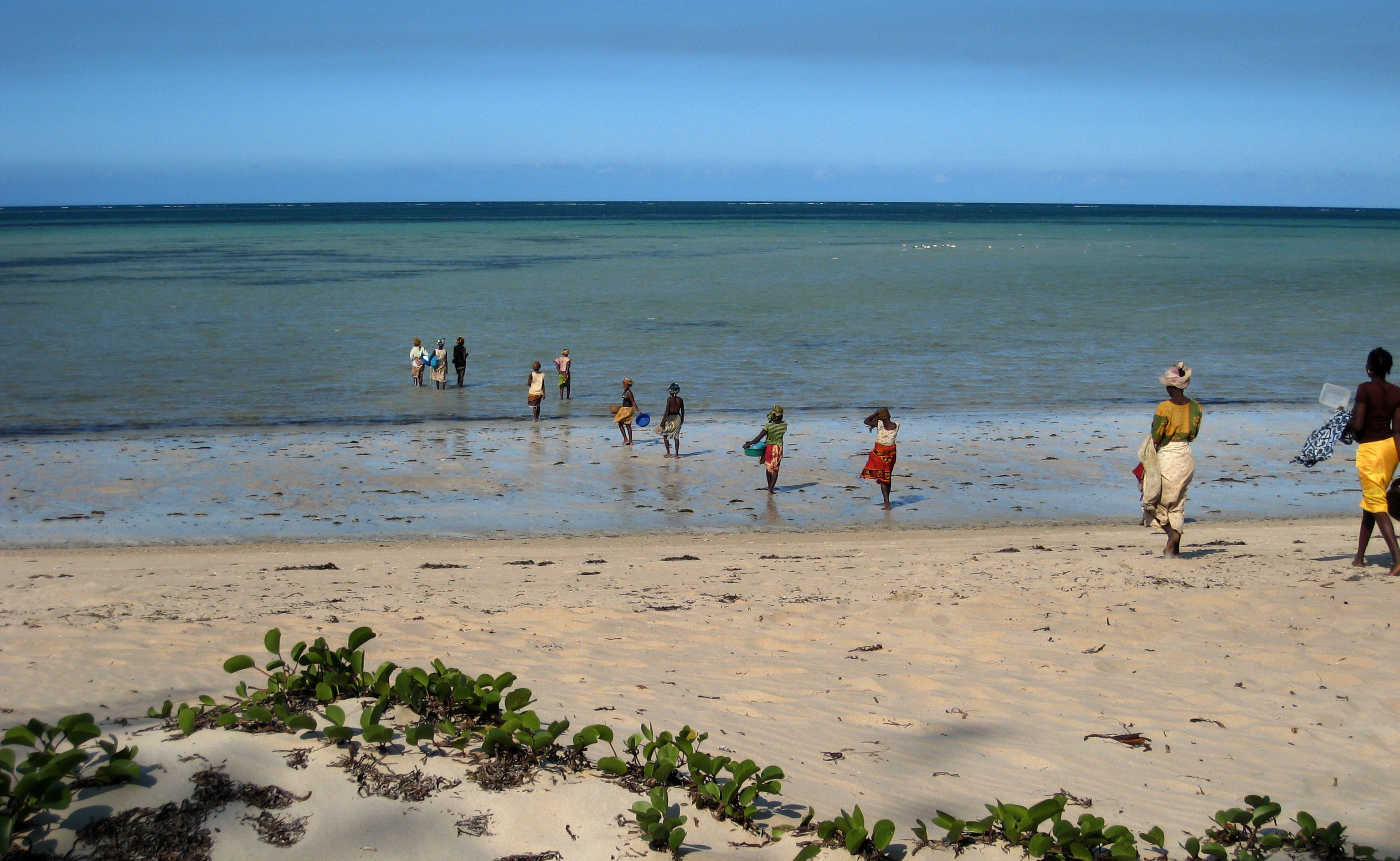 The future of the Quirimbas National Park

Together with NGOs and the local population, the QNP is working on environmental monitoring, sustainable fisheries, and environmental and community tourism, to promote sustainable socio-economic development, which is only possible if ecosystems are preserved.
The following organisations are currently active in the area supporting the work of the park: Istituto Oikos, Foundation Ibo, ECO Mozambique, “ama” – associação do meio ambiente and WWF.

These organisations support the QNP in its conservation work, training staff and helping to promote eco-tourism activities, and sustainable fishing practices. They are also focused on designing solutions to improve water management, to reduce the risk of water contamination and fight malnutrition.

To help sustain the Park and help it succeed in its vital job in protecting its valuable biosphere, every visitor is charged an entrance fee.

You can also support the park by staying at Casa das Garças – the park’s own lodge.

Casa das Garças is a joint initiative between the QNP and Istituto Oikos, funded by the Italian Agency for Development Cooperation. It promotes inclusive and sustainable tourism on Ibo island and in the surrounding communities, and provides training and education in the hospitality industry. It is also a base for local and international academic research activities.

Explore the history and beauty of the archipelago

Discover an island steeped in history